Addiction solitaire is one of the simple versions of classic solitaire card games, this game uses a standard 52-card deck for the gameplay. Addiction Solitaire is a single player that can be played to have fun and enhance the brain’s thinking ability 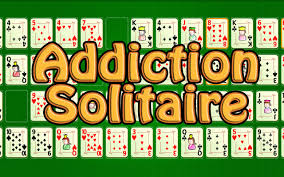 Game House developed this solitaire game for Yahoo! Games, this game is for you if you love card games and explore more brain-tasking games. You can play this game either online on some game’s websites or physically with the cards.

Addiction solitaire is played with a standard 52-card deck arranged into four rows excluding the aces which create four empty gaps/holes on the tableau. The cards are dealt into four rows and they hold thirteen cards each, each column on the row has just one card dealt to it.

All cards are visible from the start of the game which makes it easier to play and understand the setup, make sure to remove the aces while building up the tableau to create four empty holes. Addiction is easy to set up since all the cards are laid out in a straightforward format.

Addiction has just one pile which is very rare in a solitaire game, this is one of the features that make the game easy to play.

This is the only pile in addiction solitaire, a 52-card deck is arranged into four rows excluding the aces thereby creating four empty gaps on the tableau. This is the home for the 48 cards during the gameplay, all the game activities happen on the tableau image 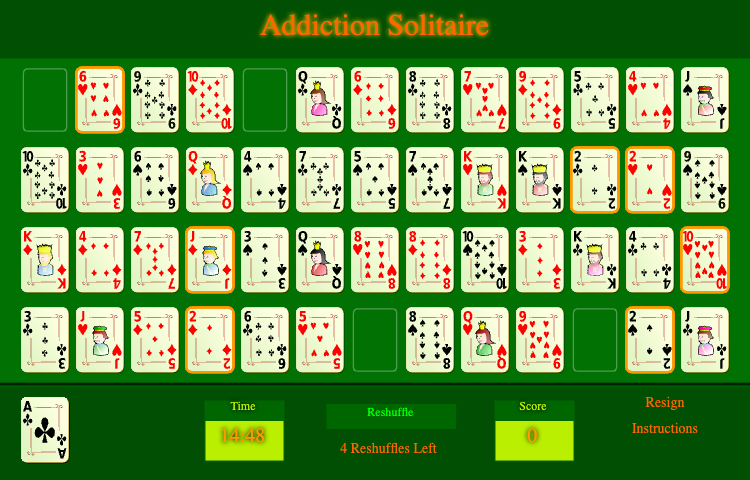 Replace image.Add from Pixabay, select from your files, or drag and drop an image here.Add image alt text.

When you are playing on your mobile devices, the tableau will be arranged already, but if you are using the game cards, you have to set up the tableau before starting the game. Also, only one card can be moved at once on this addiction solitaire pile.

The main aim objective of this version of the solitaire game is to arrange all the cards on the tableau so that each of the four-row is of the same suit and in ascending order starting from the two’s cards will be on the leftmost first columns and also the king’s card will be in the thirteenth column and the last space on the right will be left blank. The empty gap on the tableau is used for moving the cards around to place them in the right row of the same suit.

HOW TO PLAY ADDICTION SOLITAIRE

Addiction solitaire might be classified among the easy versions of solitaire games, but it still needs some strategy to play and win the solitaire game. Be patient and study the card layout before you start the gameplay, the objective is to arrange each of the rows in the same suit and the cards will be in descending order starting from the two’s cards which will be on the leftmost column so each row will be in this form (from 2,3,4,5,6,7, 8,9,10, jack, queen and king) leaving the last column empty.

To achieve this game’s objective, cards have to be rearranged on the tableau by moving cards to the empty gap on the row and also trying to create empty gaps too, the card to be moved has to be low in rank to the card on the left side of the blank space you are moving the card to. One of the strategies is to know where and how to create a space on the tableau, also trying to delay the use of the reshuffle function will make the game easier.

RULES AND MOVES OF ADDICTION SOLITAIRE

To win this game can be easy if you follow the rule and move in details, arrange all the cards in the same suit and they will be in descending order starting from the leftmost column, when this is done, then you win the game.

When you are stuck, and you are out of the reshuffle function, then you lose the game. Even when you lose, you can still have fun while playing. 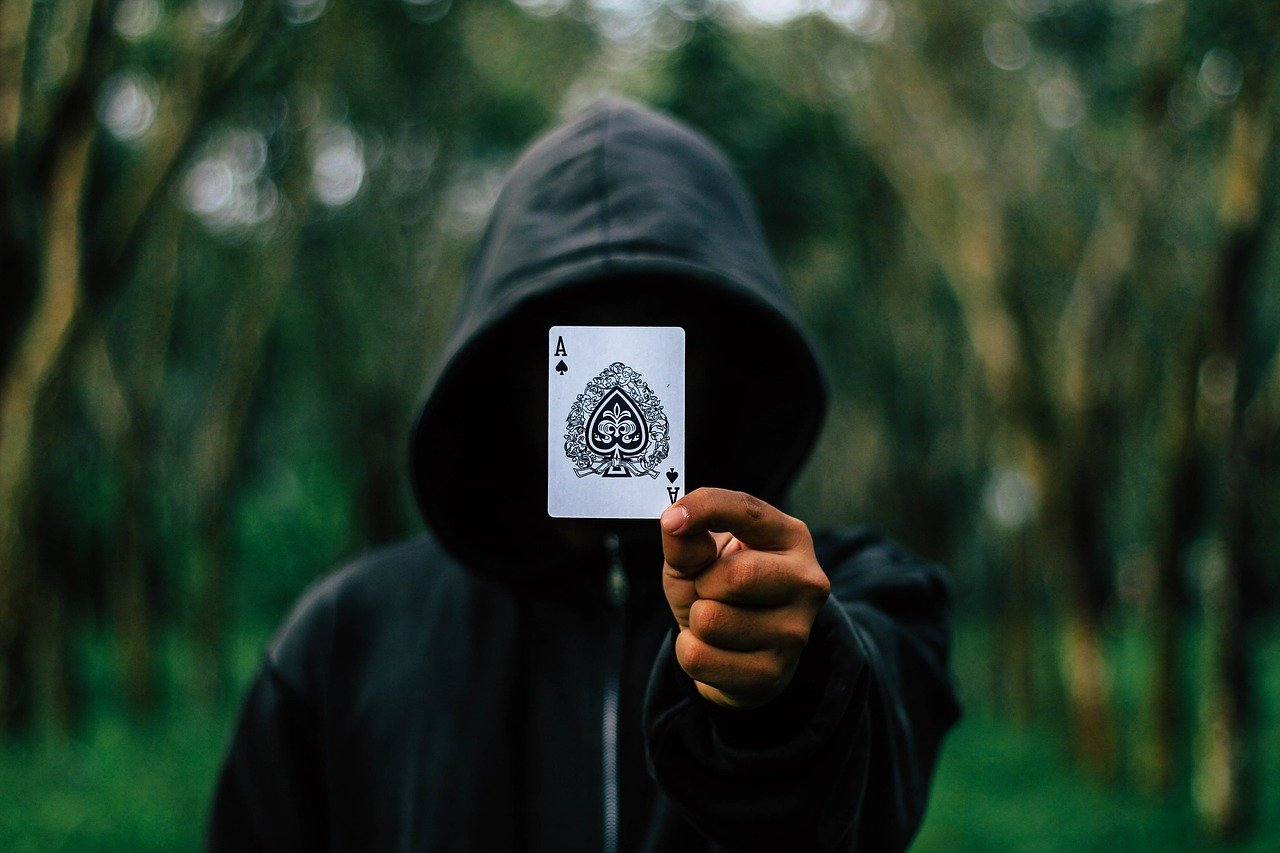